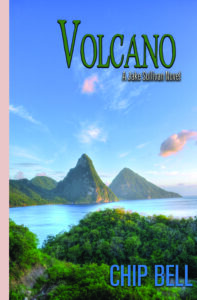 Intelligence agencies in both the United States and France have uncovered information that Group 45 has reorganized under new leadership after its disastrous collaboration with the Broker.

The most recent French elections have caused the President of France to include some far right candidates in his Council of Ministers and he has had to accede to several of their demands, one of which was the removal of Phillip Rostand as head of the DST.

However, several operatives still loyal to Rostand have advised him that Group 45, the power behind these new Ministers, is trying to recover a certain item that can be used to create an incident between the United States and France and interfere with the scheduled NATO conference at which the United States is asking for new resolutions, one of which is to designate Group 45 as a terrorist organization.

The Presidents of France and the United States have secretly authorized Rostand to join FSI in a hunt for the item sought by Group 45 and recover it before it can be used to interfere with the scheduled conference.

At a meeting set up with Rostand, Jake Sullivan and Mike Lang discover information that begins their journey and steels their resolve to once again defeat Group 45.

With the assistance of a University of Virginia scholar, they move from the island of Montserrat in the Caribbean back in time to Colonial America, trying to stay one step ahead of Group 45 operatives and other threats, to discover old secrets and intrigue that could irreparably harm the reputation of the United States and France and disrupt the NATO alliance.