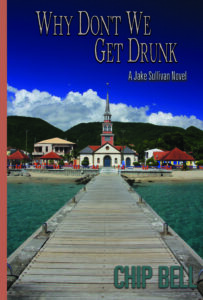 Jake and Mike have arrived in Martinique, closing in on the elusive “Broker.”  Tipped off to a location, they joint an assault force provided by the French Government through the head of the DST, Philip Rostand.

Fighting their way through a beautiful island estate, Jake and Mike become separated, and when Jake makes his way into a secret study, he is attacked from behind and knocked unconscious.

Waking momentarily, he sees the shadowy outline of his attacker leaning over him, a form he seems to recognize before darkness claims him again.  Jake is taken back to the time after his attack in Key West, as he dreams of a strange encounter with a beautiful woman who is not quite what she seems to be.